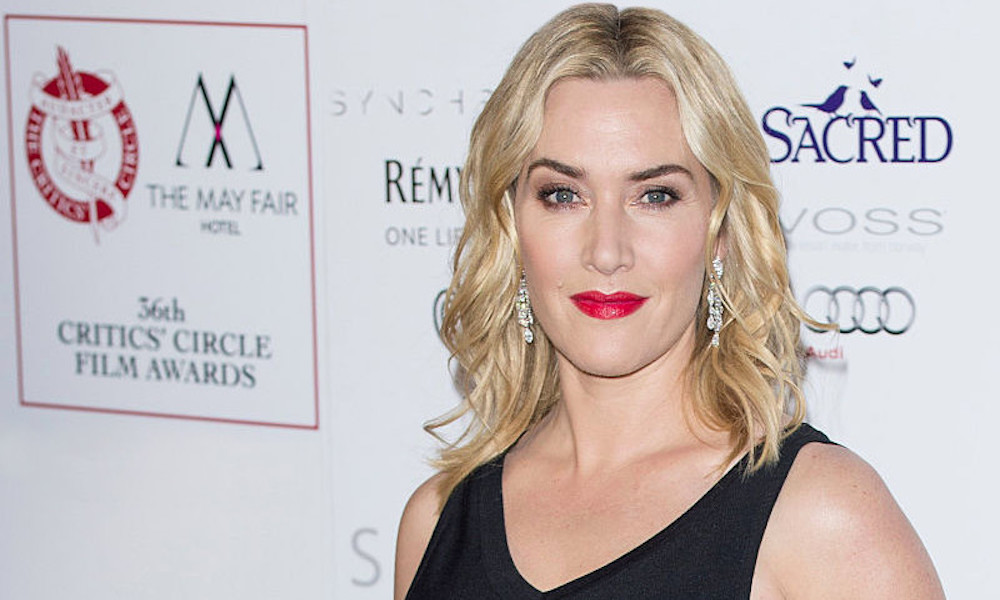 The London-based media group Dover Street Entertainment is announced as headline sponsor for the event, which will be held at The May Fair Hotel in late-January.

As voting gets underway for the 38th London Critics’ Circle Film Awards presented by Dover Street Entertainment, the UK’s top film critics have announced that Kate Winslet will be awarded their highest accolade, The Dilys Powell Award for Excellence in Film, at the awards ceremony on Sunday 28th January.

Kate Winslet made her screen debut in 1991 in the BBC sci-fi series Dark Season. Her first film performance was in Peter Jackson’s iconic 1994 thriller Heavenly Creatures, a lead role she won after an audition process that involved nearly 200 actresses. She went on to star in Ang Lee’s Sense and Sensibility (1995), Michael Winterbottom’s Jude (1996) and Kenneth Branagh’s Hamlet (1996) before bursting onto the international scene with her iconic role in James Cameron’s Titanic (1997). Since then, her career has featured a varied range of strong female roles in comedies, dramas, thrillers and animation. She has been nominated for nine Critics’ Circle Film Awards, winning four: for Heavenly Creatures, Eternal Sunshine of the Spotless Mind (2005), The Reader and Revolutionary Road (2008), and Steve Jobs (2015).

Winslet has also been nominated for seven Oscars, winning for her role in The Reader, and she has received eight Bafta nominations, winning three. She was appointed Commander of the Order of the British Empire (CBE) in 2012. This past year, Winslet appeared in Woody Allen’s Wonder Wheel, The Mountain Between Us and as the voice of Madam Mumblechook in Mary and the Witch’s Flower. She is about to film a role in James Cameron’s forthcoming Avatar sequel.

Dilys Powell was an iconic British author and film critic who pioneered a new style of cinematic journalism. The British Film Institute famously described her as “open to new directions in cinema … not constrained by the middle class shibboleths of ‘good taste’.” Her final review, of Kubrick’s Barry Lyndon, was published in The Times on the day of her death in June 1995.

Recent Dilys Powell Award honourees include Kristin Scott Thomas, Kenneth Branagh, Gary Oldman, Helena Bonham Carter, Miranda Richardson and last year’s recipient Isabelle Huppert. The award has been given out annually since 1991, when it was presented to Dirk Bogarde.

Nominations will be announced at a lunchtime event on Tuesday 19th December at The May Fair Hotel by actor-producer Thomas Brodie-Sangster (The Maze Runner trilogy, Game of Thrones, Godless) and actress Morfydd Clark (The Falling, Love & Friendship, The Man Who Invented Christmas).

The awards ceremony will be held at The May Fair Hotel on Sunday 28th January 2018, hosted by actor-filmmakers Alice Lowe and Steve Oram.

About The Critics’ Circle:
Established in 1913, The Critics’ Circle is the oldest organisation of its kind in the world, with more than 400 members who work in the UK media as critics of drama, books, art and architecture, music, film, and dance. Chaired by Anna Smith, who also currently serves as the Circle’s President, the Film Section membership is made up of more than 145 UK film critics, broadcasters and writers, including Guardian critic Peter Bradshaw, the BBC’s Mark Kermode and Metro’s Larushka Ivan-Zadeh, and has presented its awards annually since 1980. www.criticscircle.org.uk

About Dover Street Entertainment:
Founded by producers Graeme A Scott and Kathy A LoPrimo, the Dover Street Entertainment team has delivered films to cinema screens across the globe and produced television series with broadcasters including the BBC, Channel 4, ITV, Showtime, HBO and PBS. With each production, Dover Street works with internationally recognised and talented professionals, from Academy Award-winning documentary filmmakers to Emmy-nominated television producers, ensuring that when a story is told it is told right. Current projects include the television documentary series Warriors Code, featuring IBO super-middleweight boxing champion Chris Eubank Jr, and An Irish Heartbeat, a feature-length thriller based on the Paul Ferris novel. www.doverstreet.xyz