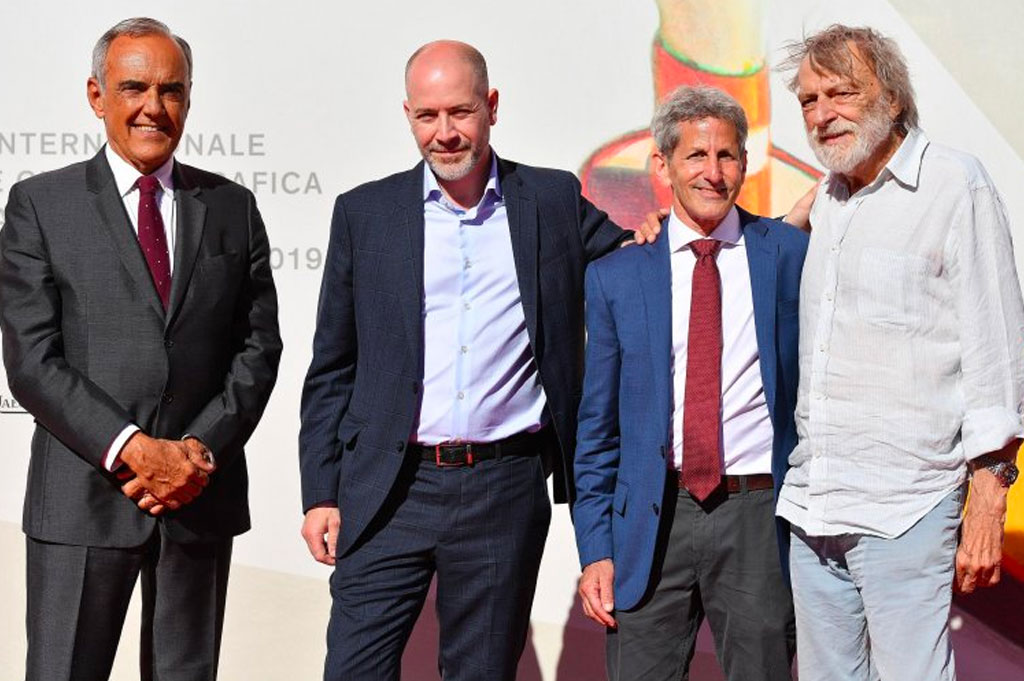 On Tuesday 3rd September 2019, Dover Street Entertainment hosted the Beyond the Beach: The Hell and the Hope World Premiere at the 76th Mostra Internazionale D’Arte Cinematografica in Venice.

The film received at 7-minute standing ovation and the premiere was attended by Festival Director, Alberto Barbera; the founder of Emergency, Dr Gino Strada; Emergency’s President, Rosella Miccio; along with a number of longstanding Emergency staff members, including primary members of the cast – Guilia Pedroni, Giacomo Mendalo, Giorgia Novello and Dejan Panic.

After the films performance, a Q&A session took place with Dr Gino Strada and Beyond the Beach co-directors Graeme Scott and Buddy Squires. Below are some remarks from audience members following the premiere:

“It is a film about something that is very close to my heart. I think it is a strong documentary and a necessary film. I hope the widest possible audience is able to see it. From a cinematic perspective it is very impressive what was achieved given the circumstances in which it was shot.” – Marco Cacioppo, Italy Esquire

“It is clearly a very important film. It is important to make the work of Emergency known. It speaks out about the individualism of our times.”

“I am devastated. It is a very powerful film. My cousin is a photo journalist, so I can relate to the work of the filmmakers, and I think they did an excellent job. It will leave a lasting impact on me.”

BEYOND THE BEACH INVITED TO VENICE